Wander the laneways, take in some street art, cross the river and join the hunt for the perfect poached egg in Australia’s third biggest city

Australia’s third-largest city is often regarded as a stopover on the way to Queensland’s coastal paradises. But with its subtropical climate, lush greenery and trendy food and arts scene, Brisbane is growing as a destination in its own right.

The city has worked hard to establish its reputation as a travel destination by building entertainment hubs in previously ­neglected areas and transforming its streets and lanes with public art and thriving cafe culture. Before you take off to Noosa or head further north to the Great Barrier Reef, schedule in a day or two to enjoy a city break.

Australian-style breakfasts and branches have become so ubiquitous that most people probably do not know that avocado on toast and flat whites originated Down Under. The search for the perfect poached egg is a national pastime, but you can skip straight to Polpetta, part of the Art Series Fantauzzo hotel in the redeveloped Howard Smith Wharves area, for an excellent serving with avocado, mint and buffalo ricotta. Stop for a few Instagram snaps under the industrial arches of the 1930s Story Bridge.

9 am: Wander the laneways

Take a short stroll up the City Reach Boardwalk, catching the breeze off the Brisbane River, then cut across to Queen Street and join a guided laneways or art tour from the Visitor’s Centre with Walk Brisbane. Don’t forget to look up as you meander – Burnett Lane, between George Street and Albert Street, has some gravity defying works by street artist Blue Art Xinja.

Stop for a brew along the way at Bean Cafe, an underground coffee house on a laneway just off George Street that sells locally roasted coffee. The walls are decorated with affordable artworks if you are in the market for a gift or unique souvenir.

12 pm: Cool your feet at the South Bank

After your walking tour, cross the Victoria Bridge to Brisbane’s playground – the South Bank. Pick up a takeaway lunch from one of the many cafes and restaurants and take a break among the lush tropical gardens. Here you can dip your feet (or plunge right in) at one of the open-air swimming pools, or simply flop down in the shade and get acquainted with the friendly birds and lizards that frequent the lawns. There are also numerous interactive art exhibits or, if you have enough time, pop in to the world class Gallery of Modern Art (Goma), pictured above. Don’t skip the gift shop.

1 pm: Take a cruise up the river

Mirimar Cruises has relaxed and express ­options departing from the Cultural Centre ­Pontoon going to the Lone Pine Koala Sanctuary. Here’s your chance to embrace the Australian cliche with some heavily accented commentary and (if you take the return journey) John Williamson bush ballads (True Blue, Waltzing Matilda) to set the mood. As the boat motors down the stunning Brisbane River, take the opportunity to gawk at some truly fascinating riverside properties, including a mansion apparently inspired by Gone with the Wind.

Take an hour or two to observe the shy marsupials as they slumber or snack on gum leaves at the world’s largest koala sanctuary. You can also see kangaroos, dingoes, Tasmanian devils, endangered Mary River Turtles (remember the Punk Turtle meme? ) and various types of monitor lizard, among other wildlife on display. You can pay extra to hold a koala – but keep in mind that the activity is banned in other states as it is considered potentially detrimental to their well-being.

5 pm: Take in the sunset at Kangaroo Point Cliffs

If you are not taking the return cruise from Lone Pine, take a taxi to the Kangaroo Point Cliffs and stop at Bar Spritz to enjoy a refreshing beverage on the cliff tops above the river as the sun goes down. Then, take the stairs to the bottom of the cliff and walk along the riverside to the Thornton Street terminal, where you can take a regular ferry across the river to the Eagle Street Pier (take a taxi if steep steps are out of the question).

From Eagle Street Pier, pictured above, you have some ­incredible options if you want to try modern Australian cooking. Unfortunately, Matt Moran’s upscale riverfront offering, Aria, closes for good in June. But there are plenty of other excellent eateries nearby. We went to Otto, intrigued by the playful Les Danseuses felt fans whirling above the tables, and it did not disappoint. The menu is modern Italian adapted to Australian ingredients, with a heavy focus on seafood.

There are plenty of hip new places to go for a drink in Brisbane, but for a unique backdrop, take a 10-minute walk back to the Howard Smith Wharves precinct, which is now home to Felons Brewing Co, Mr Percival’s ­Overwater Bar and a handful of other great options.

When you are ready to call it a night, head across the street to the new Art Series – The Fantauzzo hotel. The cost per night is from A$249 (Dh632). 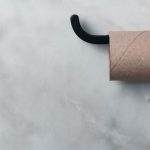