Aussies can now take a look at what will soon be in their back pockets after a Reddit user leaked the first image of the new $20 note.

The Reserve Bank of Australia first teased the new banknote in February, with its release date set for October this year, but Reddit’s teen-bean1 got a sneak peek.

The new note celebrates Mary Reibey, a convict who “broke out of rigidly defined social norms”, and earned a reputation as a successful businesswoman.

Reddit users seemed pretty happy with the new design, though most had to do a little research to find out who Mary Reibey was.

The RBA says the new banknote has some improved security features, like e the top-to-bottom clear window, a patch with rolling color effect and microprint features including a reversing number and a flying bird.

So far, no embarrassing typos can be seen on the note, unlike the $50 note debacle earlier this year.

Make your money work with Yahoo Finance’s daily newsletter. Sign up here and stay on top of the latest money, news and tech news. 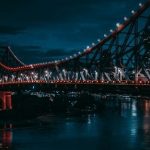 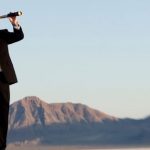