Australia has something for everyone, from its dazzling golden beaches to its steamy tropical rain forests, its rich Aboriginal and Torres Strait Islander heritage, to its one-of-a-kind fauna.

Every month, you’ll have the chance to see a different portion of Australia at its best. If you want to go beach hopping, go between September and April in New South Wales and southeast Queensland, and November to March in the southern states, including southern Western Australia. Summer is also bushfire season, so keep a watch out for local warnings while you’re here.

Northern Australia (which includes the top parts of Western Australia, the Northern Territory, and Queensland) has only two seasons: rainy (October to May) and dry (June to August) (June to September). The dry season is often the best time to visit the region, especially on a road trip, because road access is often hampered during the wet season. The rainy season coincides with cyclone and marine stinger season, but Great Barrier Reef and rain forest tourism in the Cairns region continues to thrive.

If you want to embark on an outback adventure in Australia, the colder months of May to August are the best time to go. The warmer months of October to March are perfect for outdoor pursuits on Tasmania’s island state, which has a colder climate than the mainland. The snowfields of New South Wales and Victoria are normally available from June to early September if you packed your skis.

Hundreds of excellent hiking paths crisscross Australia’s national parks and wilderness areas, many of which are best attempted at specific periods of the year. Because the summer months in Australia’s Red Centre may be uncomfortably hot, hikes in sites like Uluru-Kata Tjuta National Park are best done from April to September.

In Tasmania, on the other hand, hiking is more popular during the summer months, though walkers should be prepared for all seasons (including snow) all year. Hiking in Queensland and New South Wales’ lush Gondwana Rainforests is typically more comfortable in the drier winter months (especially June to October), whereas the best time to travel Western Australia’s famed Cape to Cape Track is in the spring (especially September and October, when wildflowers are in bloom) and autumn (March to May).

The finest months for surfing in Australia, like many other surfing destinations across the world, do not always coincide with the best months for swimming. If you’re just learning to surf, there’s no terrible time to do so in Australia; however, you’ll feel more at ease spending hours in the water during the summer months, particularly in Victoria and southern Western Australia. During the Australian winter months, offshore winds mixed with more continuous swells provide the finest conditions across the country; however, there are occasional exceptions. At any time of year, storms can produce large waves.

Visiting such a large county, with three distinct time zones and eight distinct temperature zones, necessitates some planning. While city breaks, road vacations, and vineyard visits can be enjoyed all year, attractions like trekking around Uluru’s renowned monolith and snorkeling beside the Great Barrier Reef’s marine life are best experienced during specific months due to differing regional weather patterns. Whatever you want to see and do during your trip to Australia, we’ve got you covered. 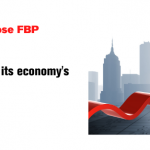 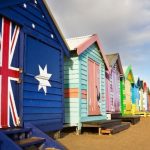 Why Migrate to Australia