Australia’s economy grows 3.1 percent in the past 3 months as COVID-19 recovery continues

Australia’s economy has grown 3.1 per cent in the December quarter as the nation recovers from the COVID-19 pandemic.
New data from the Australian Bureau of Statistics (ABS) shows the nation’s gross domestic product – or GDP – lifted 3.1 per cent.
It’s the second quarter in a row that Australia has recorded a positive increase in GDP.

This is the first time in the over 60-year history of the National Accounts that GDP has grown by more than 3.0 per cent in two consecutive quarters.
Head of National Accounts at the ABS, Michael Smedes, said despite the positive growth the overall numbers are still catching up to those seen prior to the pandemic.
“The economy has continued to recover with activity increasing 3.1 per cent in the December quarter following the 3.4 per cent rise in September quarter,” Mr Smedes said.

“However, despite the two consecutive quarters of strong growth, economic activity remained 1.1 per cent lower than recorded in the 2019 December quarter.”

Despite growing at 10.4 per cent for the quarter, household spending in Victoria was 7.2 per cent below its pre-COVID level.

“Household spending for the rest of Australia, excluding Victoria, was 1.1 per cent lower than pre-COVID levels,” Mr Smedes said. 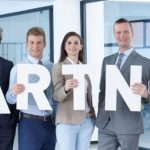 FBP INTL has got you covered 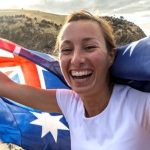