The total inward investment flows from Australia’s Significant Investor Visa program since it was launched in 2012 has now topped $10 billion, according to a new report from Deloitte Access Economics.

The SIV program was originally launched by the Gillard government with the goal of bringing more overseas high net-worth individual investors into the country. But experts say the program has delivered much greater value than the $10 billion these visa holders have invested in the local economy.

The report, Impact of the Significant Investor Visa Program – a long-term proposition for Australia, will be launched in Canberra this week in conjunction with the Australia China Business Council.

The report found that while the Significant Investor Visa program accounts for just 0.1 per cent of all visas issued annually, its positive impacts across business and the economy are far wider.

Nearly 2,100 Significant Investor Visas have been issued since 2012.

The qualifying investments from SIV holders are divided a several predetermined categories, with a requirement that a minimum $500,000 be invested in startups and growth funds through venture, private capital and other investment options.

The remaining $4.5 million can be split between ASX-listed companies, government bonds and a limited amount on property investment.

Mainland Chinese nationals make up the lion’s share of SIV recipients, making up about 76 per cent of the total visas issued. This percentage is down from about 87 per cent in recent months.

The SIV program, which is considered a premium path to permanent residency, has been running at an annualised rate of about 235 visas per year – or about $1.175 billion in new capital.

Asian investment research group Basis Point’s managing director David Chin said the program’s benefits reach beyond the amount of capital invested or the number of visas that have been processed.

“When he was the Immigration Minister, Scott Morrison made comments to the effect that this program is not just about the money, but about bringing connections and talents from wealthy migrants around the world to Australia,” Mr Chin told InnovationAus.com.

“That’s been happening, so it’s not just the $10 billion that’s important.

“Around 2015 [the government] changed the rules to make the various areas of investment more precise. Those changes were positive, in terms of that capital being allocated to areas involving higher risk.

“That category of funding is difficult for Australian small-cap companies and startups to access, which makes the program [even] more meaningful,” he said.

Although some have noted the program’s lack of oversight into the origins of the invested funds, particularly through the criticism levied by a 2016 Productivity Commission report, the program has been widely praised within the investment community and business sector for its boost to funding and available capital.

According to Australia China Business Council national president John Brumby, the SIV program is an example of the opportunities around opening Australia to overseas investors.

“Every Significant Investor Visa holder has invested at least $5 million into Australia. The program has not only attracted more than $10 billion of new investments, but also the talents and energies of each of the individuals involved,” Mr Brumby said in introducing the new report.

“There is an important discussion to be had about the future and enormous potential of the SIV. This discussion should be conducted upon a strong evidence base, and it should take into account all the benefits of welcoming significant investors to Australia.”

Basis Point’s Mr Chin believes the program is performing well, but suggests that there could be some room for streamlining.

“We don’t need to tinker for the sake of tinkering, because that has ramifications for the whole immigration sector. However, the approval process is on the slow side,” he said.

“That may be a combination of a lack of resources on the department’s side and the comprehensive due diligence that needs to be completed on the applicants.

“If that can be sped up, it will provide more clarity on the program and more impetus for applicants to take that first step towards securing their visa.” 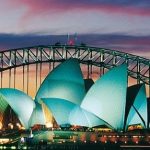 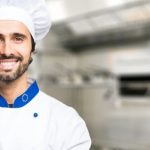 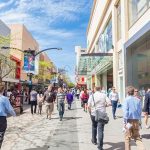 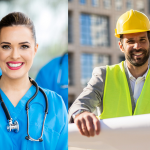 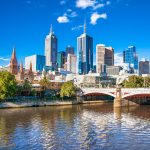