By 2060, Australia cities could be cheaper, entirely powered by renewables and you could earn $40k more — if we don’t screw it up

By 2060, Australia could become an ultra-modern, world-leading nation or alternatively, could be in a state of slow decline, depending on whether or not we get our act together now.

That’s the conclusion of The Australian National Outlook report – a new landmark study released by the CSIRO and compiled by some of the country’s leading universities and businesses.

The study paints a stark picture of the opportunity Australia has today to either seize or to squander with the long-lasting effects set to impact all of us.

The defining factor as to which path we choose will be whether or not Australia is willing to transform, according to the study.

“Emerging technologies will play a key role and Australian companies need to be aware of both the opportunities and challenges they will create,” CSIRO Futures director James Deverell said on releasing the study.

Real wages could rise by as much as 90% over the next 40 years if the Australian workforce is prepared for the jobs of the future and embraces an increasingly wealthy Asia.

In terms of dollars and cents, that could be a difference of $40,000 to incomes by 2060, potentially bucking today’s trend of slow wage growth.

But the CSIRO’s vision incorporates more than just a changing economy.

We’ll also live in a more functional and productive society, as Australia’s major cities transform to become much more densely populated, slashing the average distance you travel in half.

As a result, Australia will need to develop efficient public transport, embrace self-driving vehicles, cycleways and walking paths to enable its citizens to move around.

To achieve this utopia, federal politicians will need get it together on energy policy too – a notoriously uncertain proposition in Parliament today.

That’s because in the best case scenario painted by the CSIRO, Australia will be producing 100% of its energy via renewables, slashing household electricity bills by 64%.

All of these measures would help cut the cost of living, making our cities more affordable and decreasing wealth inequality.

“We believe the positive outcomes in this report are all achievable, but they will require bold, concerted action and long-term thinking,” Deverell said.

It’s the kind of long-term reform that the recently memorialised prime minister Bob Hawke, along with treasurer and future leader Paul Keating, were credited with bringing to Australia during the late ’80s and early ’90s.

This report poses the question: do Australia’s leaders of today have the same appetite for change? 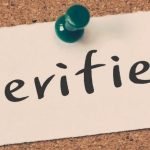 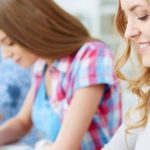