China has condemned Australian news reports of a surprise visit by three of Beijing’s warships to Sydney.

Three People’s Liberation Army Navy vessels arrived in Sydney harbour out of the blue as far as residents and, reportedly, even state premier Gladys Berejiklian, were concerned.

The show-of-force call by a frigate, supply ship and amphibious warfare vessel was planned but never announced by Australia‘s government.

“That raised a lot of hackles,” said John Blaxland, professor of international security at the Australian National University.

Crews were pictured loading crates of baby formula onto their ships, prompting The Australian to label the visit a “stealth mission”, which provoked a direct response from Beijing’s state-run media.

The Global Times tabloid accused the paper of overreacting and exaggerating in its coverage of the visit, which lasted from Monday to Friday last week.

It said: “According to military insiders and personal experience of the Global Times reporter, it is normal for naval crew of different countries to visit local attractions and purchase local products when the warship berths in a foreign land.

“The Global Times reporter has seen other foreign ship crews taste Tsingtao beer at a local bar in the coastal city of east China’s Shandong Province and also buy gifts for their families.”

The Australian reported personnel loading “dozens” of boxes onto their ships. Global Times said “some sailors in need” bought about 50 boxes.

Imported baby formula is popular in China after a scandal involving contaminated products more than a decade ago that left tens of thousands of babies in hospital.

Earlier this year Australian authorities busted a syndicate dealing in stolen formula, while other groups buy up Australian products and ship them to China to sell at a profit. 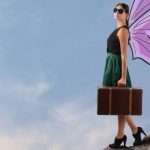 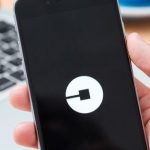