This time last year, the Coalition was said to be considering a basic English test for all new permanent migrants amid concerns that by 2021, more than one million ­people in Australia could have ­little or no English skills:

The move to consider mandating English language tests beyond citizenship applicants and apply a basic conversational language requirement to all new permanent residents — of whom there are more than 200,000 a year — will be flagged today by Citizenship and Multicultural Affairs Minister Alan Tudge as a move aimed at addressing concerns over social integration.

It follows warnings this year that Australia is at risk of drifting towards the European model of multiculturalism, where “parallel” communities have emerged.

An absence of English language skills among migrants and asylum-seekers has been cited in research as being one key driver of social fragmentation. Analysis of census data shows that, on current growth rates, Australia will be home to one million people who do not speak English or don’t speak English well by 2021…

Today, the Courier Mail reports that the Coalition has abandoned plans to tighten English language requirements for migrants seeking to become citizens:

About 1200 migrants who failed the test three times in the same year nevertheless became new Australians in 2018.

The Courier-Mail can now reveal that the Federal Government will not toughen up the test, which would have banned people taking the test for two years if they failed three times, required an English test and asked questions on “Australian values”…

It is understood the Government has no plans to proceed with the previously proposed changes.

The Productivity Commission’s Migrant Intake into Australia report explicitly noted “the fundamental importance of strong English-language skills for an immigrant’s integration and wellbeing in Australia” and explicitly recommended “significant reforms within the current system” and “‘raising the bar’ by shifting to a universal points test while tightening entry requirements relating to age, skills and English-language proficiency”.

In principle, it makes perfect sense for prospective migrants and citizens to be required to speak and read English. It is Australia’s national language and being able to understand and effectively communicate in English is central to integrating into the broader community, gaining employment, as well as to fulfil the responsibilities of residency. 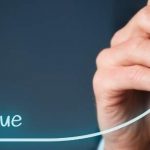 By 2060, Australia cities could be cheaper, entirely powered by renewables and you could earn $40k more — if we don’t screw it up 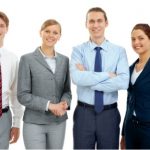