The impact of international students on the Australian job market has been revealed, following new research from the Australian Bureau of Statistics.

As many as 40,000 students from overseas rely on the hospitality sector for income, based on calculations from Australian National University migration researcher Henry Sherrell using the new ABS research released last week.

The research links employment data from the Census to addresses and biographic details of temporary visa holders to provide the first ever large scale insight into the working lives of visitors to Australia.

The Department of Immigration does not track the work of international students. These students can work up to 20 hours per week during semester and unlimited hours during semester breaks.

“If you plonk those people (around universities) in Brisbane, Sydney, Melbourne, Adelaide and Perth, that will have some effect on those labour markets,” Mr Sherrell said.

While it’s likely that some foreign students are “substituting” for young Australians in these jobs, Mr Sherrell said it was a complicated field of study and it’s too soon to call for reform.

“The hard thing about this stuff, is if you take backpackers and international students, they’re often working for non-wage incentives like residency, while Australians are much more driven, especially at a young age, by wage considerations,” he said.

The Productivity Commission reported last year that a “lack of fundamental data on employment patterns” of students was making it difficult to assess whether working rights should be limited, but it was likely that students were making an impact.

“Given the number of students and graduates involved and their geographic and demographic concentration, these effects are likely to significant,” it stated.

“This is particularly likely for student work rights since this group tends to undertake low and semiskilled work —where they are likely to be in competition with Australian youth and first job entrants.”

Immigration law lecturer at the University of Adelaide, Dr Joanna Howe, said a focus on the work arrangements for foreign students was necessary to better understand their impact on the labour market and to ensure Australia’s reputation in the international student market is not tarnished.

“Traditionally our approach has been to see international students as purely here as a study purpose,” she said.

“But increasingly, through the 7-Eleven scandal, through the horticulture 4 Corners expose, through some of the Fairfax media investigations, we’re realising that international students have a strong need to work and a strong desire to work.

“We’re realising that their work impact is quite significant.”

Australia’s export education industry is worth around $20 billion a year.

Manling Zhu, from China, studies law and commerce at the Australian National University in Canberra and works part-time as a tutor. She said she would reconsider her decision to study in Australia if there were more restrictions on work for students.

“I come to Australia to study in an English-speaking environment,” she said.

“Working is part of an important aspect of my life here, and by working in Australia I can actually mingle in society and get better practice with my English.”

Fellow ANU student Anson Wong, from Hong Kong, said being able to work in Australia was very attractive for students coming from overseas.

“I would reconsider my choice, because (work restriction) is quite an inference,” he said.

“There may be some negative inference to how international students here feel about the whole working system.”

But for other ANU students, like Yan Gu, from China, they would still be drawn to Australia to study even if working rights were restricted.

“I come to Australia because I want to get a better education,” he said.

“My family’s supporting me financially and I would like to go back to China afterwards. I wouldn’t come here to find a job.”

Immigration Minister Peter Dutton has indicated he will be condensing the list of eligible occupations on the 457 temporary foreign worker visa to prioritise jobs for Australians, but neither he or Employment Minister Michaelia Cash has flagged any plans to reform students’ work regulations.

Assistant Immigration Minister Alex Hawke said the government supports international students having the choice to work, including to gain professional and cultural experience and to improve their English language skills.

The Productivity Commission urged the government in September to issue a public inquiry into the effects of work rights for international students.

The government established the Migrant Workers’ Taskforce in October to focus on worker exploitation, but its scope does not extend to the effect of students on the labour market. 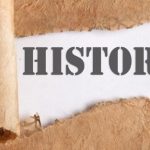 1st time in history: People over 64 outnumber children under 5