Electric carmaker Tesla is readying itself for a cramping up of sales in Australia with the imminent opening of the online order page for its more affordable Model 3 electric sedan (expected as early as this week after orders opened in the UK last week).

A number of advertisements seeking staff for the Australian arm of the pioneering electric carmaker have been published through jobseeker website Seek, including for customer service staff, apprentice technician and sales and service advisors.

A new “customer experience specialist” is sought at each of three showrooms in Sydney, Melbourne, and Brisbane, with the additional two roles of vehicle technician and sales advisor sought for Sydney and a service advisor, sought for Melbourne.

Instore sales staff must have, according to Tesla’s job ads, “a desire to work with products that are changing the world”, the successful apprentice technician must have “a desire to work on cutting edge electric vehicle technology”, and the position of “inside sales advisor” is more directly involved in the introduction of the Model 3.

The listing of the last job in particular heralds the opening of the online configurator very, very soon (as announced by CEO and founder Elon Musk last week) and the arrival of the Model 3 itself this winter, which was finally confirmed by Musk last month.

The Model 3’s arrival in Australia will mark another significant moment for the local EV market, where a distinct lack of choice for electric cars has been a factor in holding Australia back from a global shift to zero emissions transport that is rapidly taking hold overseas.

The Model 3 has already become the best-selling electric vehicle of all time and the best-seller in its class including both electric and combustion vehicles in October 2018.

It is now being met with very promising sales as it expands into European and Chinese markets and will present another more affordable option for those wanting to shift to EVs.

In Australia, there are currently only a handful of electric models available on the market, and of those only a few that anywhere under the Luxury Car Tax threshold.

The new job search comes as Tesla Motors Australia revealed a fall in EV sales revenue in 2018, down 26 percent for the year to $125 million, although a tenfold jump in battery storage revenue allowed overall revenue to grow 65 percent to $330 million.

It’s not entirely clear if this reflects a fall in the number of Tesla electric cars sold, or due to the drop in the price of the Model S and X as announced earlier this year, but it is known that there was $4.1 million in revenue from services alone, including repairs, maintenance services, and service plans.

Tesla vehicles are considered superior by some to other vehicle brands in that the electric carmaker continues to offer improved features via over-the-air software upgrades. 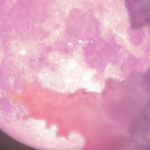