Australia, the world’s smallest continent and sixth-largest country, is a fantasy place that you should visit at least once in your life. Australia, often known as the Land Down Under, is surrounded by water and natural wonders such as numerous coral reefs, natural rocks, sandy beaches, architectural marvels, adventure sites, red sweets, and much more. Australia is the same size as the United States, yet it has the same population as New York City. Kangaroos, koalas, platypuses, wombats, prickly dragons, and a variety of other animals can be found on the tiny island.

PLACES TO VISIT IN AUSTRALIA

Uluru is one of the world’s most famous natural wonders, attracting tourists from all over the world. It is recognized as the world’s tallest monoliths, at 348 meters tall and estimated to be around 550 million years old. It is known as the heart of the Red Centre because it is entirely constructed of sandstone. The amazing thing about this sandstone behemoth is that it changes color with time. Uluru is a culturally significant site for Aboriginal people in Australia.

The Blue Mountains cover a million hectares and are home to lush forests, sandstone cliffs, canyons, and waterfalls. The natural blue haze that is reflected from a large stretch of blue eucalyptus trees that run the length of the Blue Mountain world heritage area gives it its name. Tiny droplets of Eucalyptus oil emitted by the trees mix with water vapour and sunlight to produce a distinct color. The park’s entire area encompasses 140 kilometers of walking trails, natural vegetation, boulders, and caverns that are free to exploration all year.

The Great Barrier Reef is one of the Pacific Ocean’s most intricate coral reefs, shoals, and islets. The reef reaches all the way up to Australia’s northeastern coast, making it the world’s longest and largest reef complex. It consists of 2,100 distinct reefs and 800 bordering reefs, making it the largest structure ever produced by living organisms. The reefs were produced millions of years ago from the bones and skeletal debris of a large number of living sea animals. At low tide, several of these reefs are barely inundated; some feature coral sand islands, while others are fringing high islands on the mainland coast.

One of the most well-known Bondi Beach in Australia is one of the most beautiful places to visit. You can either go for a swim in the seas or simply rest on the beach and enjoy the waves. The beach has a beautiful view of the Coogee Coastal Walk, so it’s a great place to spend some time. The beach is most well-known for its sandstone headlands, which provide opportunities for walking, golfing, and whale viewing. Many guests enjoy picnics and fish & chips on the beach.

The Daintree Rainforest is a Wet Tropics World Heritage Area because of its thriving and vibrant ecosystem, which is thought to be one of the world’s most primeval. It is located in North Queensland and is managed by the Eastern Kuku Yalanji Aboriginal people. Many areas of the national park are thought to be spiritually significant. Mossman Gorge, where pure streams meet granite rocks, is one of the park’s two sections. The other is Cape Tribulation, which is one of the most beautiful places to visit since it is where the rainforest meets the reefs along the Coral Sea’s coastline.

The Kakadu National Park, located in the Northern Territory, is a World Heritage Site that has been designated as one of the world’s finest wilderness regions. The park covers a total area of 19,840 square kilometers, making it Australia’s largest and second-largest national park. Great monsoon rainforests, mangrove swamps, flowing rivers, canyons, ancient rock paintings, wetlands, and waterfalls are all found inside the park, as well as a diversified wildlife of animals, reptiles, marine species, and over 300 bird species. The Jim Jim Falls, Yellow Water’s crocodile wetlands, and a climb to the Twin Falls and Maguk are just a few of the must-see attractions in Kakadu National Park.

Why Migrate to Australia 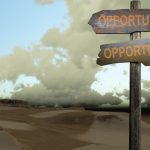