Time Out published their yearly list of the world’s coolest neighborhoods. Yes, it’s broad, but it doesn’t stop it from being amusing to draw comparisons!

Neighborhoods have been critical sources of community support during the last 18 months. They’ve banded together to not only survive a pandemic but also, increasingly, to combat the climate crisis. Inclusiveness, social justice, sustainability, and environmentalism are all the rage these days.

A cool suburb is best described as “a fascinating mixture of people, innovative and inclusive food, drink, arts and culture,” according to Time Out.

However, since the pandemic, they’ve broadened the definition to encompass suburbs where “people, communities, and businesses have assisted one another through shared tribulations.” It’s just a fancy way of expressing that throughout the COVID nightmare people helped each other out!

The findings of the annual Time Out Index poll (which polled 27,000 city inhabitants this year) were distributed to local editors and commentators. The public vote was then assessed against those all-important criteria – cool stuff, but also nice and forward-thinking items – before they made their final selections. Afterwards the, a panel of experts from Time Out ranked everything.

Richmond, a Melbourne suburb, is ranked tenth on the list! It is the best-performing Australian suburb on the list, outperforming Surry Hills, a suburb in Sydney which is ranked 19th, outranking pockets of Barcelona, Oslo and Tokyo.

Richmond, in Melbourne’s inner east, is an interesting combination of Melbourne’s trendy north and affluent south-east and has evolved into a sought-after inner-city neighbourhood over the years.

Richmond boasts three different vibes, according to Time Out’s rankings, and is home to one of Melbourne’s most treasured live music institutions, The Corner Hotel. There’s Victoria Street, which is renowned for its Vietnamese eateries, Bridge Road, which is known for its factory stores, and Swan Street, which has some of the greatest dining options in the suburb.

Many cafés, restaurants, and bars in Sydney’s popular Surry Hills are ready to reopen their doors once the lockdown restrictions are lifted on Monday.

This stylish, dynamic district in Sydney’s Eastern Areas was one of the city’s first inner-city suburbs to gentrify as young people moved here. Surry Hills is one of Sydney’s dining and nightlife hotspots, with a diverse range of excellent restaurants ranging from budget fare to contemporary, upmarket establishments. Crown Street is the primary road and the hub for most of the suburb’s businesses, restaurants, and bars, but several of its side streets also include dining and shopping alternatives.

Surry Hills draws visitors from all around Sydney because of its fantastic restaurants and stores.

Richmond and Surry Hills, congratulations! If you move to Australia, make sure to check out some of the amazing bars and restaurants that line the city’s busy streets to get a taste of the country’s diverse communities. As soon as lockdown is lifted, these suburbs should be on your to-do list. 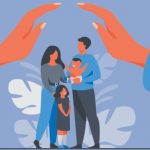 Life In Australia: Why Australia Makes The Perfect Home! 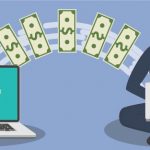