Why has Australia become an Immigrant Hotspot?

Extensive immigration has fuelled Australia’s economic and social development for more than two centuries. Australia’s immigrant population is large, at 28 percent, and the country’s foreign-born population has grown increasingly varied over time as immigration regulations that originally favoured entrants from European countries were changed.

Furthermore, after the United States and Canada, Australia ranks third among resettlement countries, having relocated more than 840,000 persons since 1947.

Over the years there has been a significant increase in immigrant in flow to Australia!

Making Australia the ultimate hotspot for a range of people across the world.

If you’re thinking of migrating to Australia, we’ve jotted down why it’s an ideal fit for you and everyone who wishes to travel.

Australia has a vibrant economy that has become stronger in recent decades. It has a trained workforce, democratic institutions for socio-political support, and a lifestyle that is a model for the rest of the globe.

The qualified migration program’s visa acceptance process takes an average of 18 months, which is considered quick in comparison to other nations!

The significant proportion of foreign students that make up the student body of Australian institutions is credited with the high quality of the Australian educational system. More than a tenth of the total number of students enrolled.

Australia has a long history of immigration and has evolved into a tolerant, multi-cultural country that rejects racial discrimination. Allowing individuals from all ranges of life to feel at home in the ‘Land Down Under’.

Australia is regarded as one of the safest countries on the planet, with low crime rates and effective police forces. Therefore, not only is the country a proper fit for families but also individuals looking for a laid back and secure life in Australia.

Because Australia has one of the lowest population density levels per square kilometre, it is necessary to populate the country to secure the economic system’s survival and social stability.

This enables anyone with a job to afford housing and food, regardless of whether they work at a restaurant, a retail business, or as a professional.

As one of the most popular migration destinations in the Asia Pacific, many individuals and families opt to relocate to Australia in order to experience the Australian way of life, which is more relaxed, carefree, and comfortable.

If you want to start your migration journey get in touch with us! 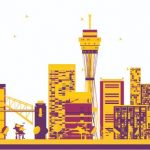 The Best Cities for Immigrants to Relocate to in Australia 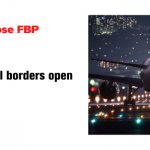